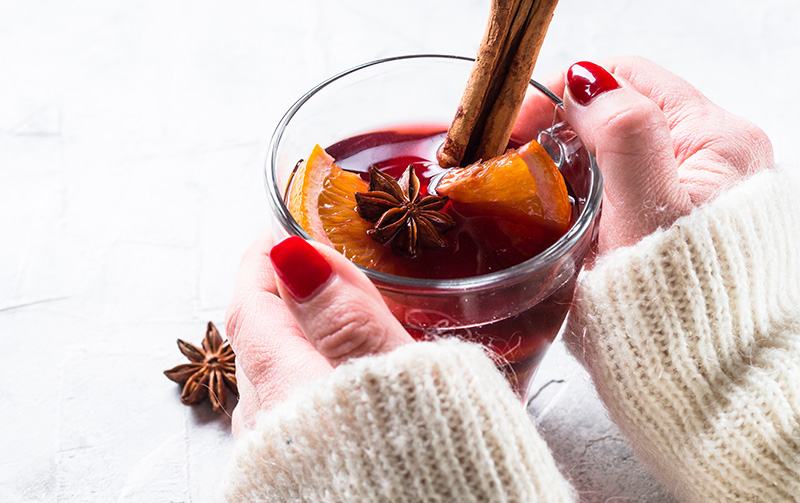 12 Genuine Ways You Can Use Cinnamon for Belly Fat Loss

By Brian Syuki
In Weight Loss
0

When trying to lose belly fat, you want to use all the methods at your disposal to achieve this goal. Of course, nothing can replace exercise and healthy eating, but some strategies can give you that extra edge. Cinnamon is one such approach. It contains certain ingredients that make it a belly fat torcher.

Cinnamon helps in the regulation of blood sugar. In this study, participants were put on cinnamon for a period of 12 weeks. After the intervention, it was shown that their blood pressure and blood sugar levels were significantly controlled.

This is especially relevant to people who have Type 2 diabetes. But even if you don’t, you may still find this spice quite beneficial.

In the following study, it was shown that a chemical in cinnamon called cinnamaldehyde helps to induce fat cell burning as well as metabolic reprogramming. This means that cinnamon can contribute significantly to solving the obesity problem. Here is how you can use it in your meals.

How to Use Cinnamon for Belly Fat Loss 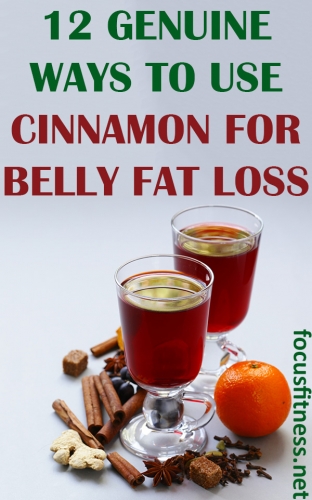 Honey and lemon as a mixture are great for improving digestion and eradicating toxins. If you have bad digestion and toxins, your weight loss is likely to stall. The toxins tend to slow down your metabolism.

Therefore, you’ll eat food and most of it won’t be converted to energy. Instead, it will be stored as fat in preferential areas like the stomach.

The lemon and honey mixture help to reverse that. When you top off this sweet and sour mix with cinnamon, you will solidify your weight loss efforts by helping your body regulate insulin. The latter hormone controls glucose/ sugar in the body.

Combine one teaspoon of freshly ground cinnamon powder with a similar quantity of honey, juice from a fresh lemon (small) and a glass of warm water. Take this early in the morning.

In the event that you are not a fan of lemon or that you would like to enjoy only the benefits of honey (like anti-inflammation) and cinnamon, consider taking a mixture of cinnamon and honey alone.

When making this mixture, ensure that you take raw, not unprocessed honey as processing denatures certain enzymes in the honey.

Additionally, only add the cinnamon when the water is hot. Let it cool a bit before adding the honey.

Enjoy this beverage in the evenings to keep a balance on your blood sugar after taking dinner.

3. Make Fruit Smoothies with It

Fruits are a great way to get rid of belly fat because they are rich in minerals, have few calories and are high in fiber. You can add ¼ teaspoon of cinnamon powder in these fruits for taste.

Smoothies with a little bit of milk and cinnamon can give your healthy beverages that extra kick of spiciness.

There are no cut and dried rules on when to take the spice. However, certain times of the day are more beneficial than others.

If you take it early in the morning, it will give you a head start on blood sugar regulation. If you take it before going to bed, you are likely to balance out some of the excess glucose. As a drink between meals, it can minimize food cravings.

After reading studies about the weight loss benefits of cinnamon, some people may go crazy about it.

They may start indulging in anything that has cinnamon it. Their logic is that it is a get out of jail free card. This is a detrimental attitude.

Eating cinnamon cakes and rolls cannot help you lose weight because of all the extra calories that are contained in these products.

Excess direct cinnamon intake is also bad for your health, according to research. Instead, it is better to eat the spice in healthy, modest and natural combinations.

6. Put It in Almonds

One way you can make the spice more interesting is by cooking a healthy snack. This recipe requires egg white, almonds (4 cups), water (a teaspoon), sugar (2 tablespoons), salt (1/4 teaspoon) and cinnamon (I/2 teaspoon).

Beat the egg white and water until it is frothy. Then toast the almonds and add in the egg white mixture. Add half a teaspoon of cinnamon powder and bake it in an oven for an hour.

Only snack on a handful of these almonds at a time so that you don’t overshoot your calorie intake.

7. Take It as a Pre-workout Drink

If you take pre-workout supplements or shakes, you may want to add a dash of cinnamon in them. The spice will work wonders for toning your mid-section when combined with other tried and tested methods like exercise.

Mix the cinnamon powder with the pre-workout powder and then follow the manufacturer’s instructions on how to make it.

8. Sprinkle it in Your Oatmeal

Oatmeal is a great way of energizing your mornings in a healthy way. Not only is the dish rich in fiber, but the whole grains are ideal for weight management.

You can add in some slices of apple into your oatmeal as well as a ¼ teaspoon of cinnamon. This will give you those needed benefits as you start your day.

The reason why we have dedicated an entire blog article to methods of cinnamon consumption is that it shouldn’t be taken raw.

If you tried to swallow cinnamon powder unaccompanied, your body will try to fight it. First, cinnamon does not mix well with water, so your mouth will become extremely dry.

Additionally, the spice has a burning sensation that will make you incredibly uncomfortable. Chances are, you may cough it out then inhale it through your nose.

Also, coumarin in cinnamon has very dangerous side effects.  Those burning effects are likely to stay with you for 3 weeks. Instead, choose one of the recipes we recommend here.

10. Take It Whole in Cooked Dishes

In most Indian and Middle-Eastern cultures, cinnamon is a critical component of their culinary traditions.

Most cooks simply break the bark into small pieces and put it in their rice dishes. Whole spices differ from powders because they take longer to diffuse into the food. However, they give users the option of chewing them whole.

In Brazil, cinnamon coffee is a highly sought-after drink. If you take coffee, cinnamon could be a fantastic way of making this ritual healthy.

On some occasions, the coffee may have milk but to really reap the full benefits, put it in black coffee.

Even though it is a good idea to make your weight loss meals interesting, there is nothing wrong with simplicity.

Sometimes, the best results stem from unadulterated content. You can take cinnamon water by boiling cinnamon in hot water until it spreads around the solvent.

Cinnamon is not a magic wand. You cannot live unhealthily and hope to fix it with cinnamon. The secret to reducing belly fat is to ensure that you use the spice in combination with healthy habits like eating whole grains, fruits and working out.

However, you can be sure to lose weight rapidly if you take cinnamon while following this step-by-step weight loss system.

12 Surprising Reasons Your Cellulite is Getting Worse