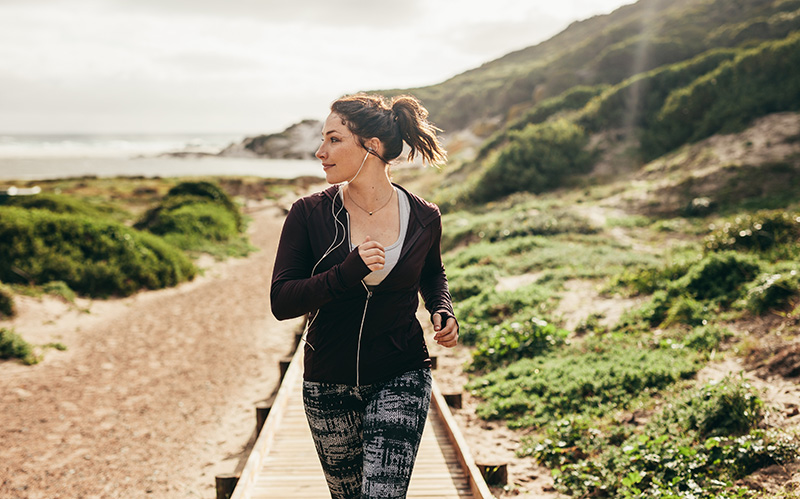 Some people run and stop thus ruining the momentum and failing to derive full benefits from their workout. Others run without stopping but it is only for short distances. This keeps your body from building stamina and endurance.

To run longer distances without stopping, you should think about the science behind this form of training.

You need to understand what your body cues mean and the repercussions of ignoring them. You should also take note of the environmental factors that affect performance.

Sometimes the slightest body adjustments can make a world of difference.

How to Run Longer Distances without Stopping 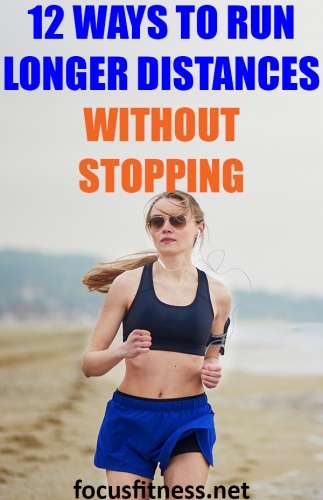 Rate of Perceived Effort (RPE) is a subjective measurement of how much effort an athlete is putting in their run. If you know your RPE, you can use your body’s cues to inform you about which pace is suitable for you.

The effort zones are divided into 4 groups. The easy zone (from 1 to 3) involves talking normally, breathing naturally and being comfortable. The moderate zone (4-6) involves short spurts and slightly labored breathing. The hard zone (7-9) involves heavy breathing and feeling as though you can’t talk. Finally, the maximum effort is 10 which entails not being able to talk, not remembering your name or gasping for breath.

Combine slower intensities for recovery or aerobic conditions. Then do higher intensities to push your heart rate and when you are about to finish.

2. Mostly focus on the conversational pace

Conversational-pace running can help you run longer distances without stopping because of its biological effects.

First, it increases your aerobic capacity. The approach means you will have improved oxygen consumption. It enhances your fat metabolism, stamina and ensures that your body adapts to the stresses of running.

This technique involves running in such a way that you can still carry on a conversation comfortably. You should be able to pass the ‘talk test’ to last longer as a runner.

Contrary to popular belief, pushing yourself too hard makes you burn out quickly and increases the chances of injury.

Some people run with the grace and elegance of a deer. Others look like they can’t wait to stop. If you fall into the latter group, you might want to adjust your posture.

Running with the right posture ensures that no energy is wasted on unnecessary side movements.

Make sure you stand tall as if you are a marionette. Keep your abs and back stable so that you can transfer tension from the limbs to the ground efficiently.

Look ahead and keep your shoulder blades close then lean your hips slightly forward. Pushing your hips forward gives you better propulsion.

If you start running at an intense pace from the beginning, you increase the chances of getting a stitch and burning out as you proceed.

To prevent this, start by doing belly breathing even before the actual exercise. Thereafter, start walking, then increase it to speed-walking.

After you start running, increase your pace gradually until you get to the optimal speed.

Running up a hill seems like a good idea to improve your respiratory capacity and hence endurance.

However, this may not always be beneficial when it comes to running to exhaustion. In this study, it was shown that running on the level ground enabled athletes to run longer at the end than hill running.

Apart from using RPE, you can use more scientific methods to assess your performance. Heart rate monitors have become all the rage and for good reason. The heartbeat is a better gauge of your output than other body cues.

Using a table, you can establish what the perfect pace for running a certain distance is. If you get the go-ahead from the monitor, you can keep running even if your breathing increases. That way, you cover more distance.

When running intensely, breathe in through both your mouth and nose to increase the amount of oxygen in your system. Diaphragm breathing gives your body the oxygen it needs to provide energy to run longer distances without stopping.

Cadence breathing is also known as rhythmic breathing. This is when your breathing pattern is in sync with your running.

Alternatively, you can alternate breathing patterns by inhaling for 2 and exhaling for 1 step.

Running is not a leg-only affair. If you move your arms right you increase your ability to run longer distances without stopping.

In this study, it was shown that arm movement boosts energy expenditure by as much as 13%. Swinging your arms stabilizes the body, propels you and improves your running rhythm.

Working out is as much a psychological game as it is a physical one. The process of talking positively to yourself is called cognitive reframing.

When irrational thoughts such as “I won’t make it” come into your mind, they could hinder your performance.

Replace those negative thoughts with affirmations like “I can make it to the next stop”, “I can do it” and “I am capable of so much more than this”.

11. Power up with the right meals

In some instances, you may not run longer distances without stopping because you lack the fuel needed to do so.

Before working out, it is important to provide your body with the reserves it needs to perform.

Eating a light snack can boost your endurance and stamina. Don’t go overboard with the carbs because those will ruin your weight loss efforts.

Consider nutritious alternatives like a banana or yogurt. You could even take a slice of toast and peanut butter.

Make sure the food is easy to digest so that it can give you the energy you require during training. Eat these snacks 30 minutes-2 hours before the run.

As an athlete, sleep helps in enhancing performance by balancing your electrolytes and curbing dehydration. It also assists in repairing muscles and tissues that were damaged during training.

In this study, basketballers performed better (improved speed by 10 seconds) after increasing sleep by 2 hours. The hormone that converts fat to fuel is also released when you sleep, so get enough of it (7-9 hours).

You can run longer distances without stopping by creating a conducive environment for success. Get enough sleep and eat a nutritious pre-workout snack.

As you start running, always warm up and practice deep belly breathing. When you pick up the pace, monitor your heart rate or use RPE to know how far you can go without stopping.

Finally, encourage yourself through positive affirmations.

If you can’t run outside because of bad weather or an injury, use these 28 fat-burning home exercises to get fitter and stronger.

12 Surprising Reasons Your Cellulite is Getting Worse